Did you miss getting Santa Train tickets? This simple but popular ride that Virginia Railway Express hosts each year once again sold out, but don’t worry, we got tickets for one of you! 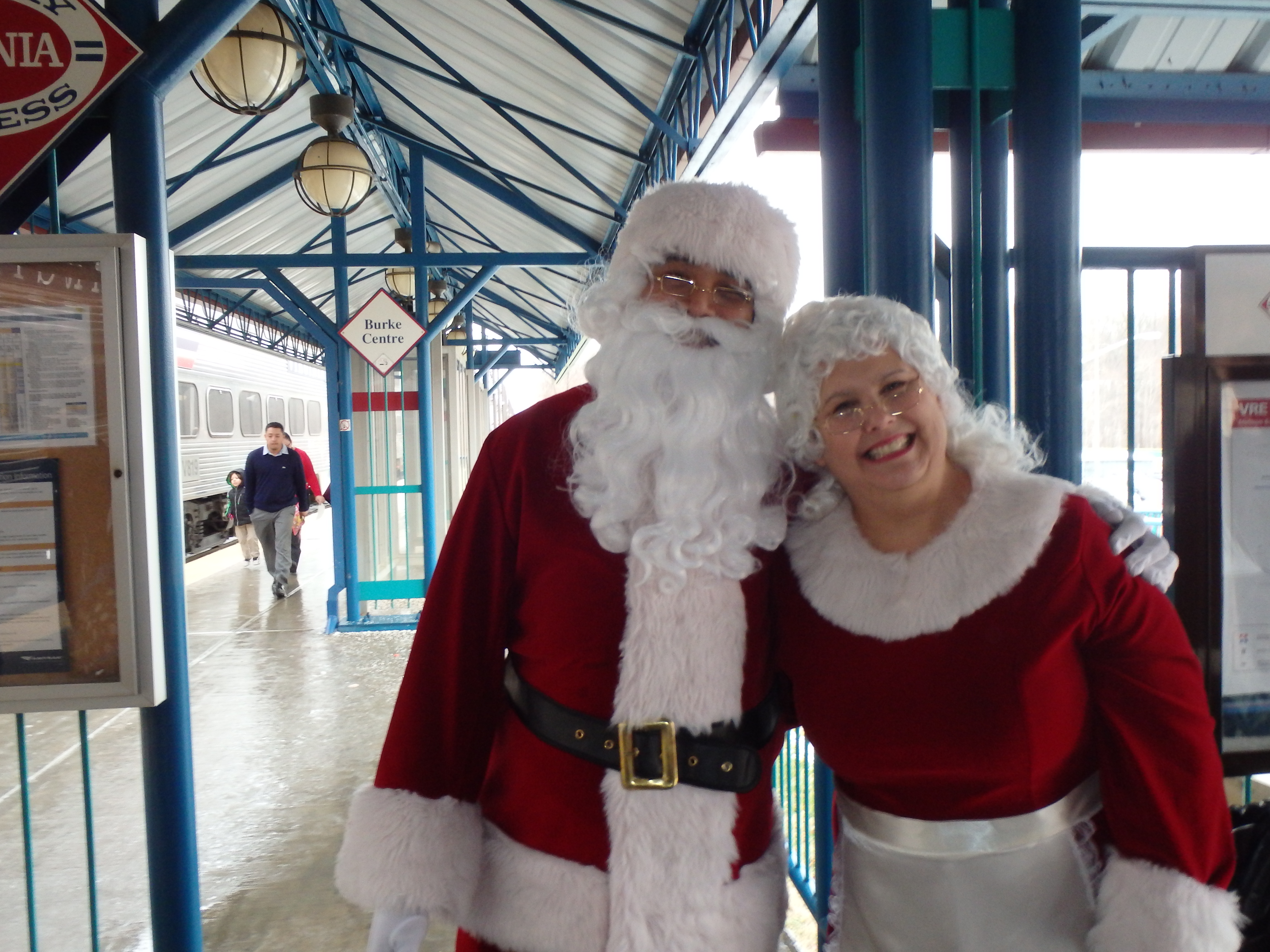 Santa Train is a series of VRE trains that depart from four of its stations at various times on one day, this year on December 12 2015. The program is a fun holiday outing that also serves as a public safety awareness campaign, since funds go to support Operation Lifesaver, a campaign about safety around railroads. On each train, passengers enjoy a short ride, a visit from Santa and Mrs. Claus, and sometimes a Christmas sing-along. We have all the details on the Santa Train, including tips for Toys for Tots donations (they collect toys at this event), in our original blog post.

Because space and time are limited, tickets — half of which are sold online, with the other half in person — always sell out quickly. This year the online tickets sold out in the first five minutes!

But don’t worry, we went to a station to get tickets for you! This time, we got SIX tickets, enough to send a larger family or for the winner to invite a couple of friends. These are all for the “Dancer Express” train departing the Manassas station at 9 am on December 12.  We are giving away these six tickets to one lucky family!

To enter, use any or all of the options in the Rafflecopter app below. Enter by 11:59 pm on Tuesday, December 1, 2015. One winner will be randomly selected and notified early on December 2; the winner will need to respond with 24 hours to the notification email or risk forfeiture. Tickets will be sent to the winner via regular U.S. mail. This promotion is not affiliated with Facebook; see other terms on the Rafflecopter app when entering. Contestants agree to abide by our giveaway terms and conditions. Giveaway open to entrants ages 18 and up.
a Rafflecopter giveaway