It’s a grand old flag, it’s a high-flying flag…. Today is Flag Day, a day when we commemorate the adoption of the flag of the United States, which took place on June 14, 1777.  While the day is not a national holiday and sometimes the occasion gets overlooked in news reports, it is still a good time to reflect on the symbolism of the American flag, the history behind it, and the pride we should all have in living in “the land of the free and the home of the brave.”

It’s also a good time to share some fun facts about the flag with your kids. For example, did you know that he current American flag was a result of a school project, and that the initial grade for it was a B minus because the teacher thought the design was “unoriginal?” And how Congress reacted? The Library of Congress has the full story on this. Also, the flag shares its birthday with the United States Army:  on June 14, 1775, the U.S. Army was founded.

Flag Day also is time to remember flag etiquette. When displaying or handling the U.S. flag, there are very specific guidelines you should follow. This is not only out of respect for the flag itself but for the men and women in our military who served and who made sacrifices so our flag can continue to fly free. You can brush up on basic flag etiquette or see more detailed guidelines from the Department of  Veterans Affairs. When the time comes to dispose of an old or damaged flag, check with your local American Legion post, as these often conduct proper flag disposal events (sometimes local police departments and fire stations will accept them also).

Want to know more? To help you better appreciate the U.S. flag and all it represents, plan a trip to these nearby sites that have a strong connection to “Old Glory.” These museums and historic sites are in Washington, DC, and Baltimore so they’re easy to check out on your next visits there. 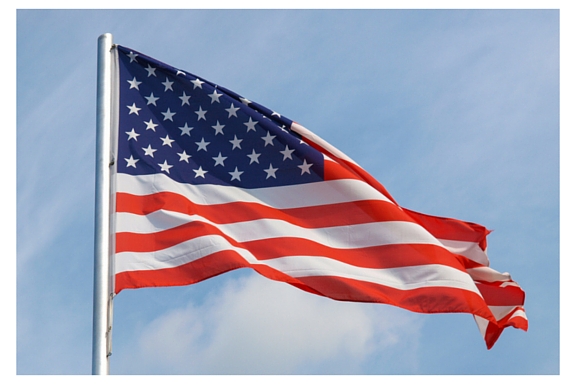 Museum of American History
Washington, DC
One of the top draws for visitors to the Museum of American History, the Star-Spangled Banner on exhibit here truly is a grand old flag:  more than 200 years old and measuring 30 feet by 34 feet, this is the flag that inspired Francis Scott Key to write his famous lyrics that became our national anthem (see Fort McHenry entry below). Admission is free to this museum, part of the Smithsonian Institution, where visitors can see the flag that is in a special environmentally-controlled chamber. An interactive table with a tactile image allows visitors to investigate key details of the flag and how it was made. The museum also provides much more information online.

Fort McHenry
Baltimore, Maryland
During the War of 1812, Francis Scott Key, a young lawyer and poet, witnessed the British attack on Fort McHenry. The bombardment through the night and the survival of the fort and the flag inspired him to write a poem, “Defence of Fort M’Henry,” that would lead to the Star-Spangled Banner, our national anthem. With a visit to Fort McHenry, you can try to picture what Key saw, tour the fort, grounds, and exhibits, and have the kids participate in a  National Park Service Junior Ranger program.

Star-Spangled Banner Flag House
Baltimore, Maryland
So how did that flag make its way to Fort McHenry? Many people still associate Betsy Ross with sewing the flag, but that’s only part of the story. Ross was one of many women who made flags, but she was not the one who sewed the Star-Spangled Banner at Fort McHenry. The one who did so was Mary Pickersgill, an experience maker of ships’ colors and signal flags who lived in Baltimore. In 1813, she was contracted to sew two flags for Fort McHenry, one of which became the Star-Spangled Banner.  The home where lived and worked is now a museum where you can learn more about her and her team of assistants who spent seven weeks to create this iconic flag.

Of course, soon many flags will be on display all around for the Independence Day holiday. See our big list of Fourth of July celebrations in Northern Virginia and Washington, DC,  including concerts, parades, festivals, fireworks shows, and more.