Just about everywhere you go in Virginia, you will find reminders of battles, mostly from the Civil War. Historical markers, battlefields, and commemorative events abound, and it’s no wonder: with more than 2,000 “military events” recorded in Virginia during the Civil War, the commonwealth, in all its regions, is rich in military history. Attending a reenactment is a great way to connect with history to better understand our past.

The markers, sites, and occasions you see throughout our area make Virginia a great place for history buffs and students who want to see up-close where soldiers of the past lived, trained, and fought. Museums and battlefields offer access and educational programs year-round, and at large reenactments and “living history” programs visitors can watch battles, tour military camps, and even try some hands-on activities. These programs include soldiers from various military regiments plus other costumed characters (families, farmers, and medical workers, for example) to demonstrate how life was long ago. Some events are free and others charge admission; due to the firings in battle (especially canons), battles can be loud.

Though most reenactments in Virginia are about the Civil War, history buffs also will find large events focused on other major battles from the Revolutionary War, World War II, and more. Below we have compiled a list of nearly 20 of the largest such events, which feature firing and drilling exercises, canons, and skirmishes; these are some of the reenactments you can attend in 2018. This list includes reenactments in Northern Virginia as well as other major events nearby (in areas between one and three hours away) that are good for a day trip. Have any to add to our list? Let us know! 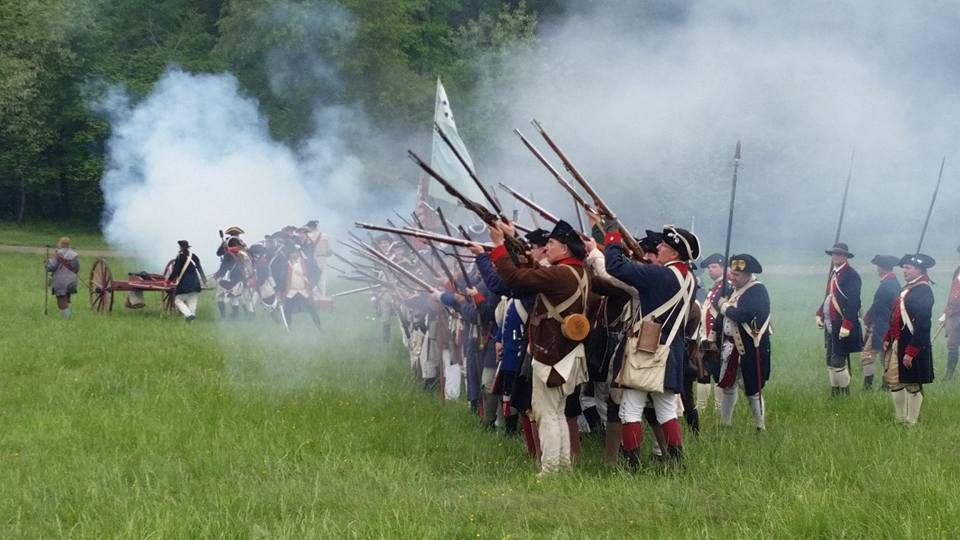 World War II
Saturday-Sunday, May 5-6, 2018:  WWII Weekend
Freedom’s Foundation at Valley Forge, Pennsylvania (3 hours away)
Reenactment units set up camp for the weekend and engage in a mock battle on Saturday and Sunday, with the Keith House setting the scene as a small farm in occupied France in 1944. There also will be music (including an 18-piece swing band), an Abbott & Costello comedy show, a period display of military vehicles, and more. 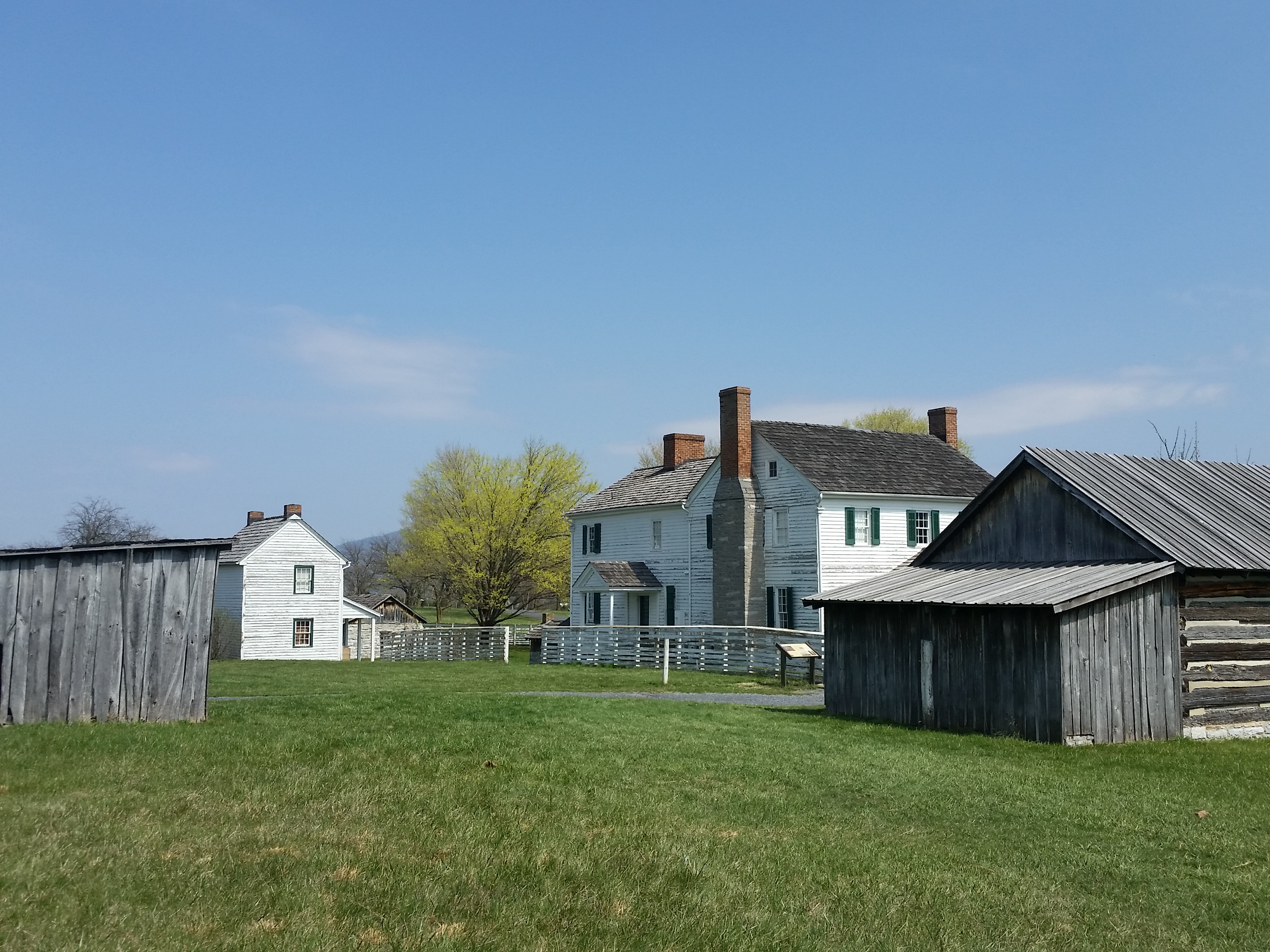 Civil War
Saturday-Sunday, May 19-20, 2018: 154th Anniversary Battle of New Market Reenactment
Virginia Museum of the Civil War, New Market, Virginia (1.5 hours away)
The oldest continual reenactment in the nation, this event takes place on an original 1864 battlefield. Visitors will experience Civil War soldier life through demonstrations and living history presentations prior to and after the battle each day. Guests will see the sights and sounds of signal corps, artillery, cavalry, musket firing, camp life, medical corps, and more.

Civil War
TBA (usually in June):  Fairfax Station Civil War Events
Fairfax Station Railroad Museum, Fairfax Station, Virginia
The museum presents two distinct events to teach guests about the Civil War era. On Saturday, Civil War reenactors will demonstrate what life was like for soldiers, with live firings, exhibits on camp life, and more activities throughout the day. On Sunday, members of a Victorian dance ensemble will perform ballroom dances and teach visitors commons steps from the Civil War period Admission is $5 for adults, $2 for kids, and free for children ages four and younger. 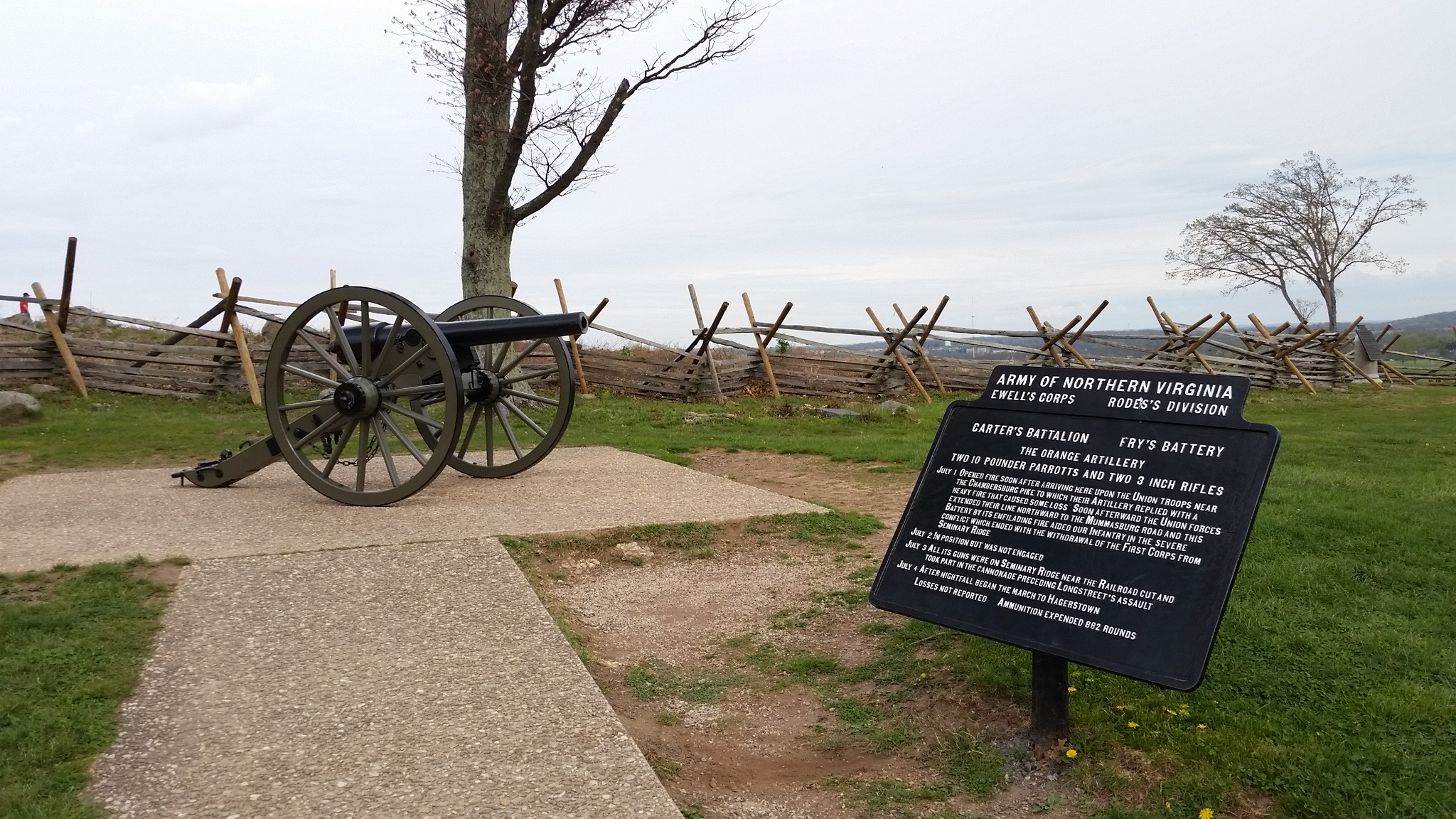 Civil War
Thursday-Sunday, July 5-8, 2018:  Battle of Gettysburg
Near Eisenhower National Historic Site, Gettysburg, Pennsylvania (1.5 hours away)
This annual commemoration of the Battle of Gettysburg is one of the largest reenactments in the country. Activities include fiery artillery demonstrations, daily battles, cavalry presentations, period worship services, dancing, and music.

World War II
TBA (usually in July):  World War II Weekend
Sully Historic Site, Chantilly, Virginia
Allied and Axis reenactors gather for a weekend of demonstrations in this living history event. Guests get an up-close look at what life was like for soldiers and civilians and talk to them about their jobs, living quarters, food and life in the 1940s.

Civil War
TBA (usually in July): Anniversary of the Battle of the Crater
Petersburg National Battlefield Park, Petersburg, Virginia (2 hours away)
Lasting nine and a half months and resulting in 70,000 casualties, the Siege of Petersburg represents the longest military event of the Civil War. The most famous battle of the Siege of Petersburg was the July 30, 1864, Battle of the Crater, which this event commemorates. Along with infantry and artillery drills, living historians and park rangers will present special programs. 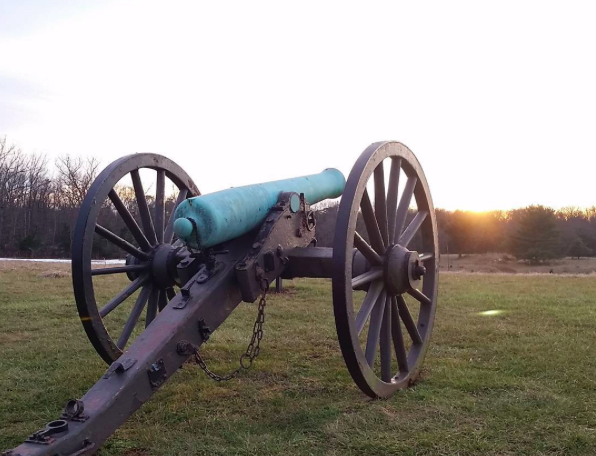 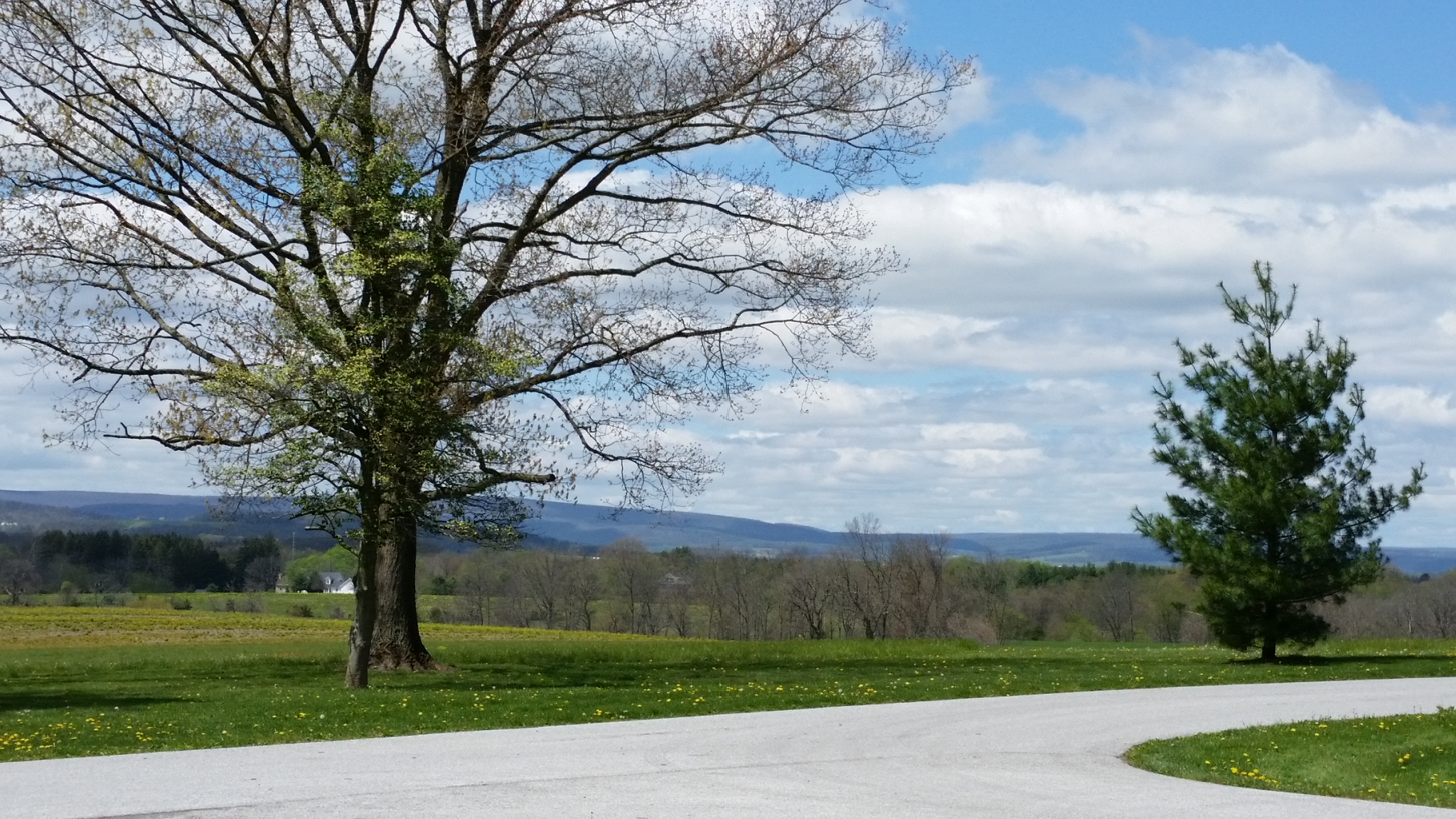