The Jersey Boys are coming. And we have tickets for you to see them! Read more about the show below and then enter to win!

“They were just four guys from Jersey, until they sang their very first note. They had a sound nobody had ever heard… and the radio just couldn’t get enough of. But while their harmonies were perfect on stage, off stage it was a very different story — a story that has made them an international sensation all over again.”

Know what group this is yet? If you’re of “a certain age” — or the son or daughter of such folks — you may have already guessed:  Frankie Valli and The Four Seasons! The legendary group that rose to fame in the 1960s and 1970s are the subject of this fun musical coming to The National Theatre in Washington, DC, Dec. 17, 2019, through Jan. 5, 2020.

The show takes you behind the music and inside the story of Frankie Valli and The Four Seasons. The Tony- and Grammy Award-winning true-life musical phenomenon follows the Jersey Boys from the streets of New Jersey to the Rock and Roll Hall of Fame. It features the legendary Top Ten hits that still frequent the airwaves today, including “Sherry,” “Big Girls Don’t Cry,” “Walk Like A Man,” “Can’t Take My Eyes Off You,” and “December, 1963 (Oh What A Night).”

The multigenerational show is a fun time for fans of all ages, but because of its content (including “authentic, profane Jersey language” and some more mature situations) is best for guests ages 12 and up. The run time is approximately 2 hours and 40 minutes. Tickets are available at the National Theatre box office and online. Feeling lucky? We are giving away two tickets to the opening night show, Tues., Dec. 17, 2019! Enter below! 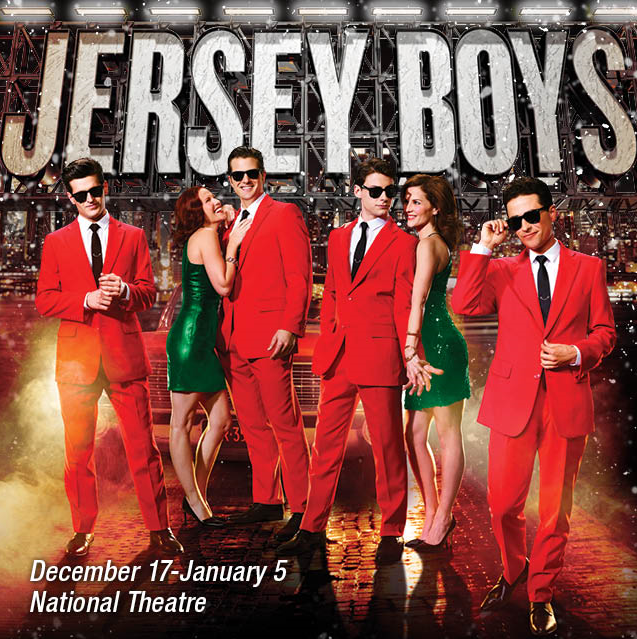 To enter, just leave a comment below by 11 pm on Sunday, Dec. 15! One winner will be randomly selected by a third-party app. This winner will receive a pair of two (2) tickets to see the Jersey Boys at the National Theatre on Tuesday, Dec. 17, 2019 (retail value: $78 or more per prize). The tickets are good ONLY for this performance. The winner will be randomly  picked immediately after the contest ends and notified by email at the address used to comment on this page. The winner must reply to the notification email by 10 am on Monday, December 16, 2019, to claim the prize; failure to do so risks forfeiture. Tickets will be held under the winner’s name at Will Call under the winner’s name.  Contestants agree to abide by our giveaway terms and conditions. This giveaway open to entrants ages 18 and up.