Editor’s note:  We had a chance to review Disney On Ice presents Mickey’s Search Party, the production going on now through October 7, 2018, at EagleBank Arena in Fairfax. We sent our correspondent Mariana, who by now is a Disney on Ice “veteran,” to get her take on the show. Below is her review.

Wondering if you should go to Disney on Ice? I mean, aren’t they all the same? Well, actually…NO! I have been taking my daughters (now ages 5 and 7) to these productions since they were 18 months old, and Disney On Ice presents Mickey’s Search Party is my favorite show to date!

We attended the show on opening night, and my daughters were just as into it as I was. In full disclosure, we are a Disney-loving family, but still, as they get older and go through different phases, it is awesome to see that their love for the show remains strong, and they now can better appreciate all of the little details. 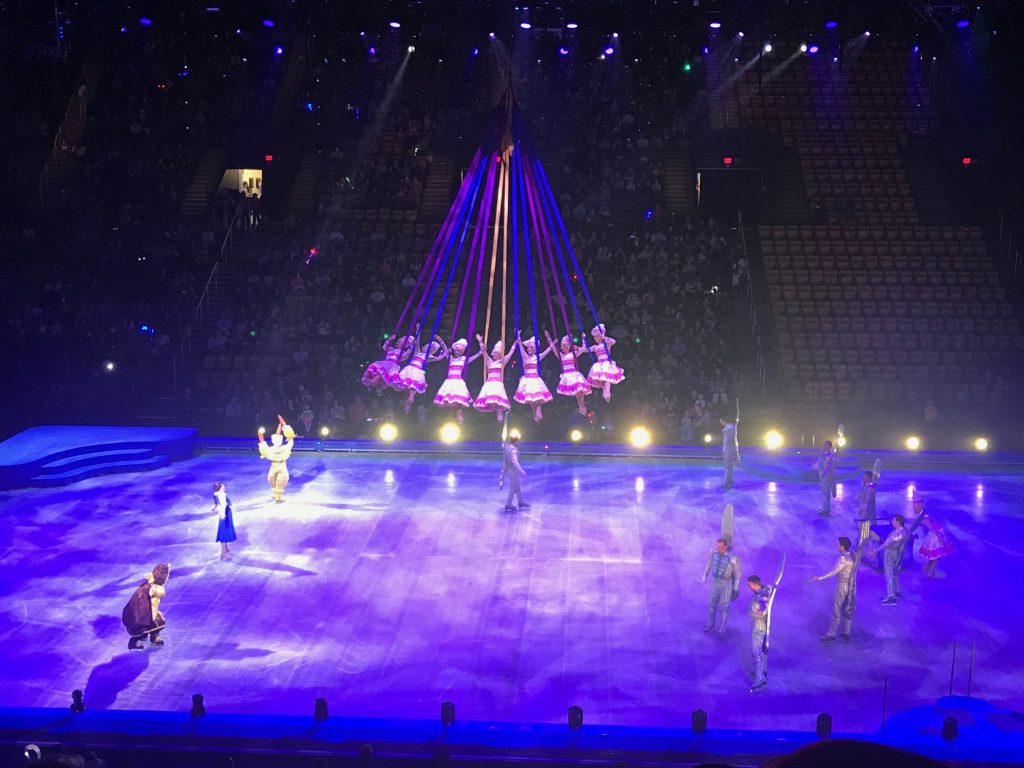 The show starts off with all of the beloved Disney characters (Mickey, Minnie, Goofy, and Donald) dancing with some very talented cast members, until Hook, Smee, and their fellow pirates trap Tinkerbell and steal her magic wand. The only way Tinkerbell can be released is to fill the Magic Meter up again. With that, the audience is taken on a musical journey through the all-time favorite Disney songs such as Beauty and the Beast’s “Be Our Guest,” “Moana’s “How Far I’ll Go,” Aladdin’s “Friend Like Me,” and so many more. Coco’s “Remember Me” is my personal favorite song from the show. The colors and Dia De Los Muertos celebration is beautiful! 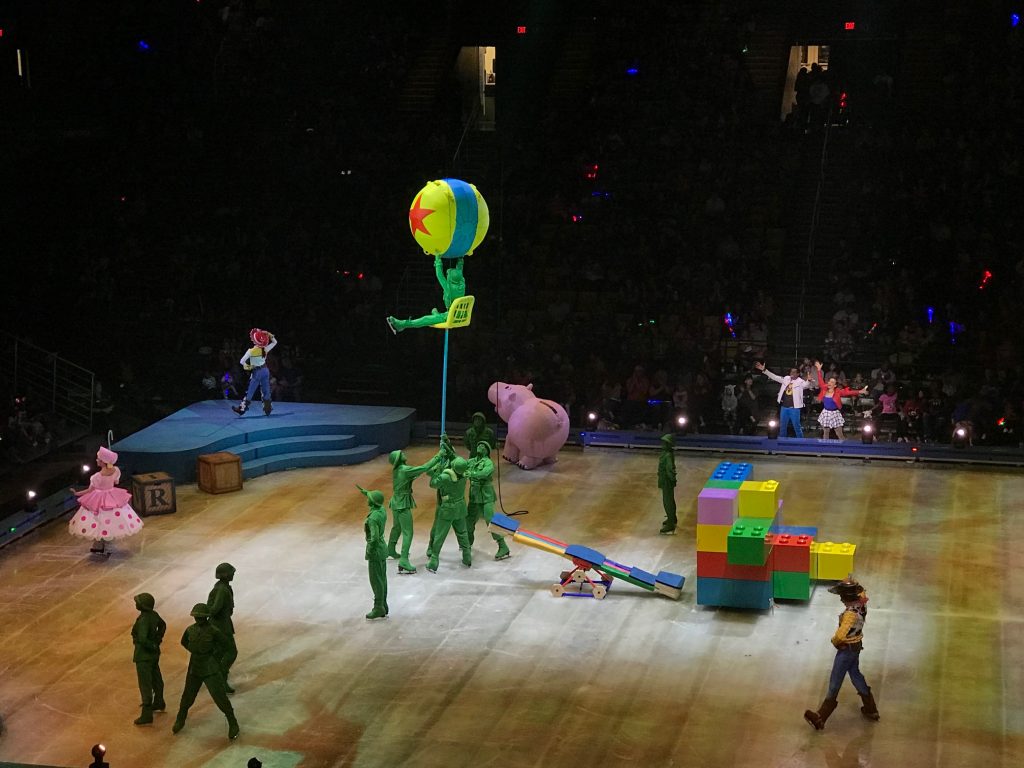 Each story in the production has its own magic that fills the Magic Meter. My seven-year-old was so invested in the story, that during the Beauty and the Beast story about the magic friendship rose, she looked at me and said (while dramatically holding her heart) “Friendship is magic. I know it in my heart.” Needless to say, I melted.

Speaking of melted, another crowd favorite is Elsa singing “Let It Go.” All of the little girls in the crowd were singing along. There is nothing cuter than hearing all of those innocent little voices singing out loud. My five-year-old was sitting next to me and started laughing when the crowd yelled “let the storm rage OOOOOOOOOOOOOONNNNNNN”. It’s always great seeing your kids being in the moment and so very happy. 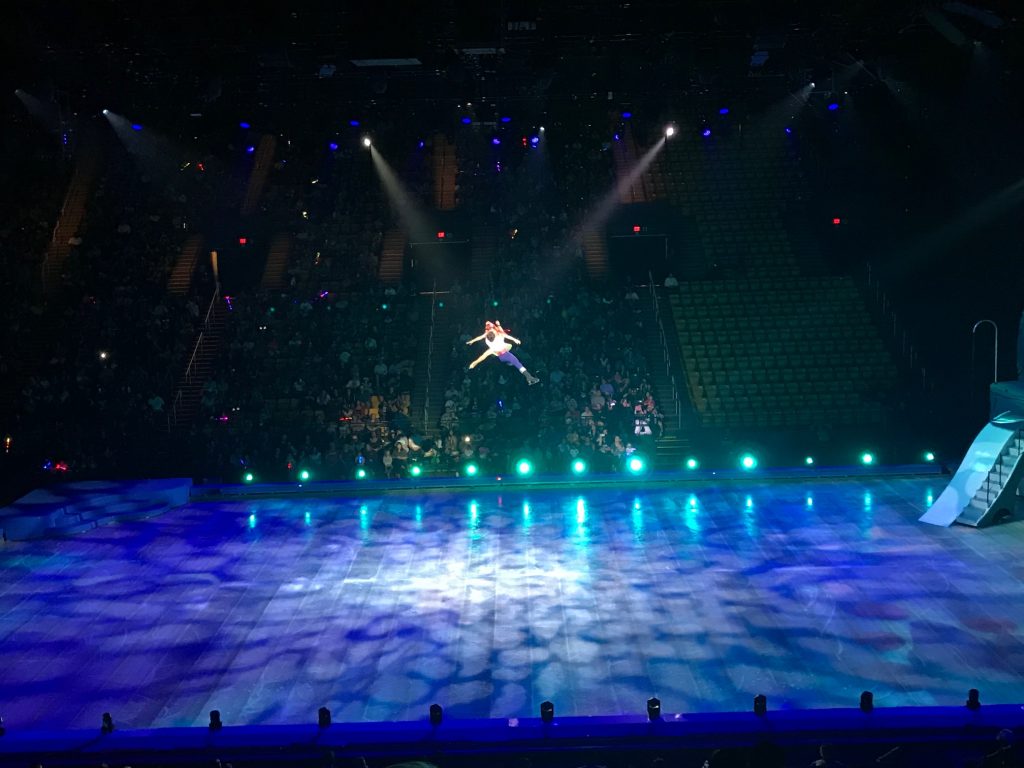 This show is a “must” for Disney fans and especially families. I am so glad we went! The dancing was amazing, the acrobatics were jaw-dropping, and the audience interaction was perfect for keeping everyone on their toes. From balls being bounced around by the crowd, to a stadium “wave,” and bubbles and snow falling from the ceiling, the show as a whole is engaging and pure magic. So, no, the Disney on Ice productions are not all the same. Make sure you go to Disney on Ice – Mickey’s Search Party. You won’t regret it… we sure did not!