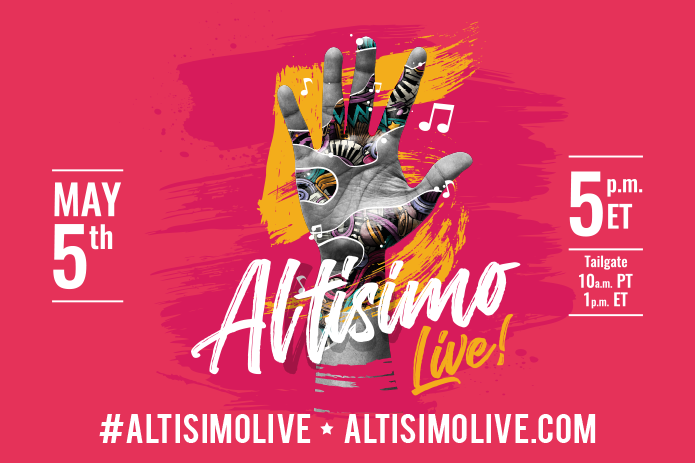 Planning on staying in this year for Cinco de Mayo? Of course. We all are! But you can still celebrate in a big way with a virtual event that brings together some of the biggest Latino stars and other celebrities from music and film to honor farmworkers. The Altísimo Live! Pop Culture and Music Festival on Tuesday, May 5, 2020, celebrates farmworkers, the “silent heroes” working the frontlines to help feed America. Celebrations begin with an online “tailgate” at 10 am Eastern time, with the main event at 5 pm. You can stream it live on Facebook, YouTube, Twitter, Periscope, and Twitch. The event is free, but donations are welcome (and highly encouraged) since it’s a fundraising event: because it’s on May 5, viewers can give cinco this cinco, with a $5 or more donation online or via text.

Organizers of  Altísimo Live! are calling it the biggest unity event in the history of Latinos in the United States. The event benefits the Farmworkers’ Pandemic Relief Fund created by Justice for Migrant Women and Hispanics In Philanthropy. 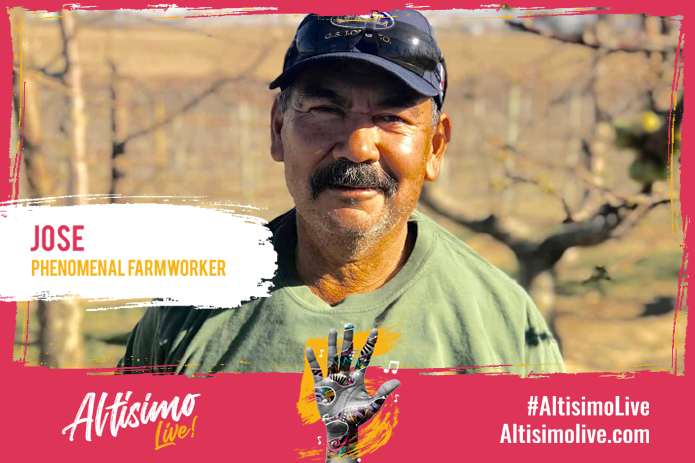 Below are the all the details from LatinX NewsWire:

Inspired by Live Aid, the benefit aims to raise $3 million – $5 at a time – for theFarmworkers’ Pandemic Relief Fund and will include a jam-packed day of at-home performances, celebrity activations, comedy skits and much more. The festival will also highlight stories from farmworker leaders, as well as messages of gratitude and appreciation from notable individuals, with an overall goal of driving combined action to support the farmworker community.

Fashion designers Mario De la Torre, Carlos Marrero and Raul Peñaranda, will also join the event to share how they are using their talent and unique designs in support of the pandemic. Some of their special edition farmworker-inspired designs will be available for purchase in support of the fund.

Supporters, corporations, and philanthropists are urged to pledge whatever amount they can ahead of or during the festival at the fund’s link, bit.ly/FWC19Fund,to help meet the fund’s goal.

In a show of solidarity, even the high-profile global generosity movement, Giving Tuesday, announced that Altísimo Live! is one of the special causes they have designated for donors on Cinco de Mayo this year.

Altísimo Live! officially kicks off on @AltisimoLive’s Facebook, YouTube, Twitter, Periscope, and Twitch accounts simultaneously on Tuesday, May 5th at 10:00 a.m. PT/ 1:00 p.m. ET with an interactive livestream tailgating experience that will include entertainers, comedians, chefs, social media influencers, and other surprise personalities. iHeartLatino and PEOPLE en Español will also carry parts or all of the broadcast at various times on one or more of their respective livestream and/or broadcast platforms.

At 5:00 p.m. PT/ 8:00 p.m. ET, the groundbreaking interactive festival transforms into a series of continuous musical performances and interactive Q&A’s and experiences with the artists.

Audiences at home will also have several options throughout the day to get involved live on the show with opportunities to not only win prizes but also be featured on the show in a variety of creative ways.

All funds raised by the event are tax-deductible and will be managed by a 501(c)(3) in support of the Farmworkers’ Pandemic Relief Fund effort.